6 Hong Kong creatives on making art during the pandemic

With ongoing Covid-19 restrictions, artists have found new ways to survive and thrive in a city that offers little support for the self-employed.

Unlike much of the world, Hong Kong — a city of 7.5 million people that borders mainland China — has managed to avoid a total lockdown since the pandemic began. Responding swiftly and decisively in January, when the situation took a turn for the worst, the city prevented the spread of the virus by acting on learnings from the SARS epidemic in 2003. But that’s not to say life in Hong Kong, hasn’t changed dramatically over the past nine months. Especially for artists working in creative industries.

Fragile and bubble-wrapped with preventive measures against travel and public gatherings, the city’s become a safe haven closed off to the rest of the world. It’s resulted in small and big businesses flailing, without substantive support from the government. People are learning to adapt to the new normal, but the gap between rich and poor, the high end and the underground has never been more felt. The burden of sky-high rents, minimal space and a culture rooted in capitalist values has been exacerbated, as artists fend for themselves in a city that’s always been hostile to creatives.

Here i-D speaks to six young artists about the year so far, and how they’re creating, coping and collaborating in the midst of the pandemic.

What does your practice focus on?
My practice revolves around photography and looking at images. It's deeply rooted in archives, research and bringing up lost or forgotten histories. I think photography is an important tool in how the world functions today. And it always has been because the project of colonisation, for example, was a project of ethnography, which has to be supported by photography. I think Walter Benjamin said that we have to understand images because images are the language of the future.

You're also an archivist at City University, how does that impact your work?
I'm working on a project funded by the Moonchu Foundation run by Johnson Chang. I’m helping to archive images of people, objects, archaeological studies, communist meetings and Soviet-era events in Hong Kong and greater China. But I’m particularly interested in poses in portraiture. Photography was a rich person's thing back then, so all these colonial masters would take pictures with their servants. There's this dynamic within the image because it seems like there's a tension there. It's about power. Most of the time the servants don't look at the camera — the only people that look at the camera is the white man. The locals will be looking away in the distance. How do you reclaim that tension? If you ask me, looking away in the distance is a more powerful, superhero thing compared to a straight eye look in the camera. I take the images out of context and re-appropriate them into something completely new.

Do you take your own photographs?
I studied photography for three years, but do you fall in love with something more with time or do you hate it even more because you understand something in a much deeper way? When I grew up in Singapore I was super patriotic, but the older I got the more I understood it and thought there was something wrong. I was a firefighter for two years while I completed my national service, so it obviously shaped how I look at life in general, but more specifically death as well. You’re confronted with accidents and some days, you have nothing to do at work because the city is safe. There's this proximity thing with photography too. I think I'm still trying to fall back in love with it. 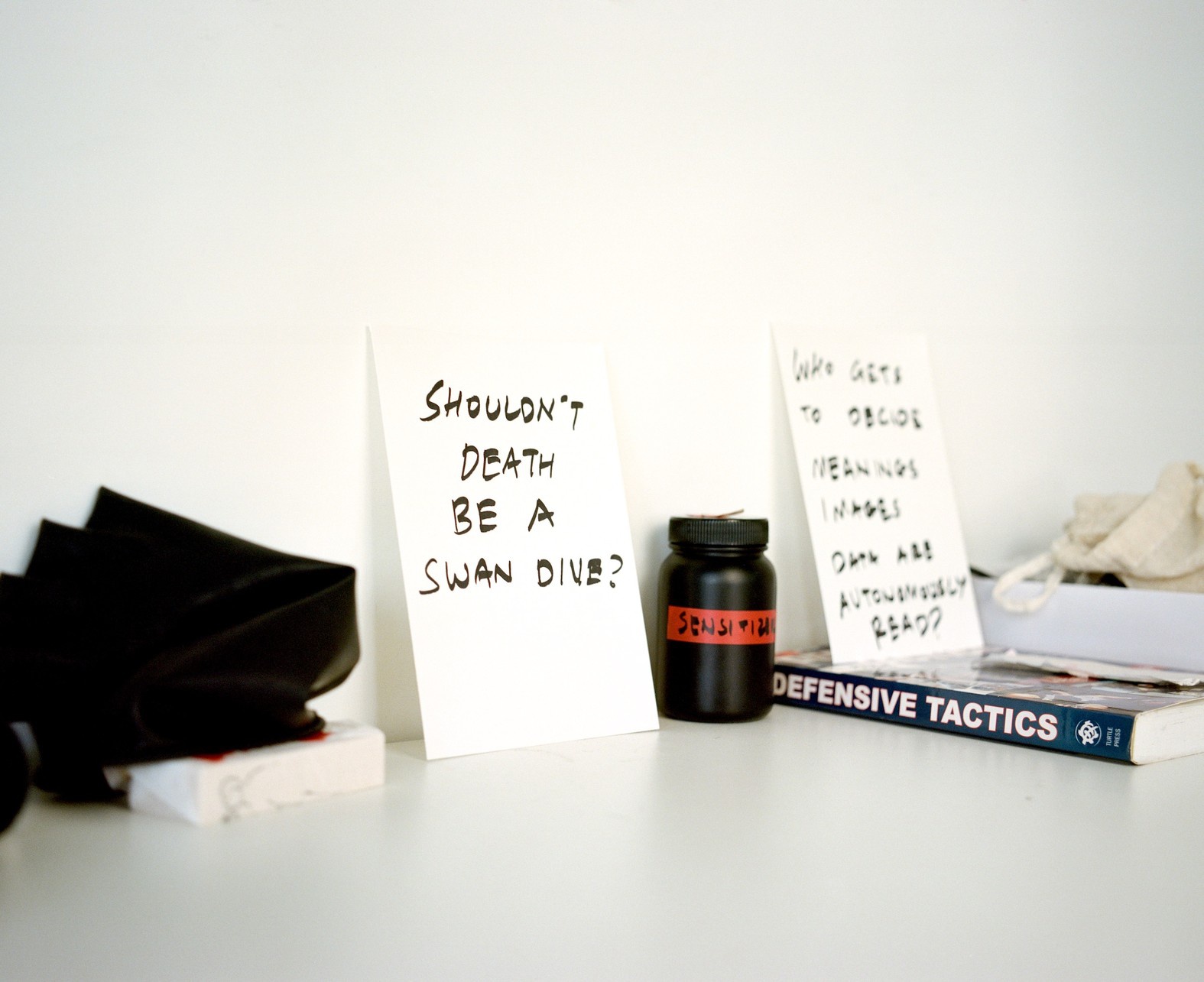 When was your last show?
My last big show was an art fair in May 2019 at the Somerset House. I'd just been signed by a gallery in late 2018, so that was my first engagement and we sold all the works. I was just a fresh graduate at the time. But I stopped making art after that because my partner passed away at the end of 2018.

How do you feel about Hong Kong right now?
Hong Kong makes me sad sometimes because I can't imagine 2 million people or more who last year were screaming their lungs out and this year are just being quiet.

What has this year given you as an artist?
It has afforded me moments of solitude, which I really treasure. We've been spinning through life, zooming through life not being able to slow down or whatever, but this whole pandemic has given me time to reflect. As C.G. Jung says, normally “people will do anything, no matter how absurd, to avoid facing their own souls”.